The stock market is doing some really crazy things. Over the past 18 months, we have seen major swings in both directions. Now, it looks like we’re at the peak of the frenzy, which probably will be short-lived as interest rates start to rise in the coming weeks. If not else emerges to bursts this bubble first, an aggressive hike in rates will definitely calm down this madness. In fact, as valuations reach the highest levels in history, the worst stock market forecast of all time is about to come true. Market watchers have been saying that the tech bubble could lead the whole market to tank in the blink of an eye, which makes the situation particularly precarious.
At the current stage, it’s not just technology stocks that are in bubble territory. Communication services, consumer discretionary, property, and cryptocurrencies are in a huge bubble just as well. And the fact that all the other areas of the market are affected by these stocks shows that every single asset class has also been sucked into this bubble that is now about to burst. That’s what one of Wall Street’s most experienced investors has recently warned.
Alasdair Nairn, a historian and professional investor, predicted both the dot.com and sub-prime collapses. Now, he is telling us that we are on the brink of something even bigger. In his new book, titled ‘The End of the Everything Bubble,’ he warns that we are living in “a period of deadly excess” and a financial catastrophe is closer than most people think.”Markets may appear to be going up and up, but they have got perilously ahead of themselves,” Nairn highlights. “Danger lies in every single investable asset class. What some have called the ‘Everything Bubble’ has inflated to unprecedented proportions.”
The truth is that the recent rally is more problematic than ever before. Stock prices aren’t growing because of improving fundamentals but because of investors’ additional risk-taking. That leaves the current market growth on very suspicious and fragile ground. Given that the growth rate for earnings next year is dropping and has been steadily falling, the NASDAQ gains are unlikely to hold. About a week ago, the electric vehicle manufacturer Rivian, went public and rapidly became the second-highest valued automaker in the US and the third-most valuable automaker in the world, having accumulated more than $100m by the end of its first day of trading.
However, when the company started to burn billions of dollars in cash to ramp up manufacturing capacity to meet its target of making 1 million vehicles a year, investors started to question what Rivian’s profit margins would look like after the company begins to deliver vehicles to customers. That tiny shred of mistrust led Rivian’s shares to crash on Wednesday, blowing some air out of the tech bubble.
Rivian’s collapse exposes how fast a downturn can occur. With so much uncertainty, investors must brace for a wild ride in the coming days. Even the investor made famous by The Big Short has sounded the alarm about a looming stock market crash sparked by the tech sector. In a recent tweetstorm, Michael Burry warned this week that Tesla CEO Elon Musk is likely selling the company’s stocks to cover personal debts and warned that the automaker can lose up to 90 percent of its value in the coming stock market crash, just as happened to many firms during the burst of the dot-com bubble.
Burry outlined that stock market speculation is at levels not seen since before the 1929 crash, and assets today are far more overvalued than before the dot-com bubble burst. On the same theme, the legendary investor Jeremy Grantham stressed in a new Bloomberg interview released this week that although Tesla is at the top of the tech bubble, the company has zero chance of meeting its shareholders’ massive expectations, and when they realize that, it’s game over. The investor also sounded the inflation alarm, slamming the Federal Reserve for fueling the bubble, and reiterated his warning that the worst market crash in US history is right at the corner: “When the decline comes, it will perhaps be bigger and better than anything previously in US history,” he said.
The nation’s easy money policies are set to expire in a few short weeks, and if a black swan event doesn’t emerge to catalyze an unexpected meltdown, that alone will be enough to deleverage stocks and set off an 80, or even 90 percent drop, from today’s heights. The current rally will rapidly burn and stockholders will find themselves dealing with a rug-pulling flash stock market crash before year’s end. The more the bubble inflates, the higher the risks get. And, at this point, you cannot say you haven’t been warned. 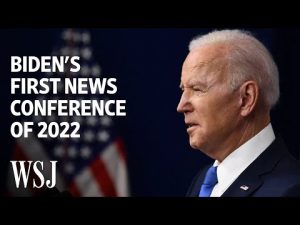 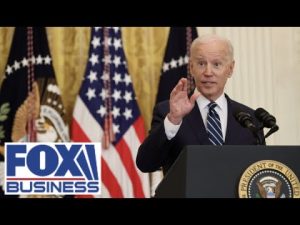 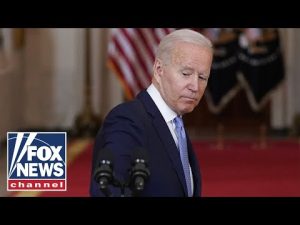