The world is facing an unprecedented labor shortage that is threatening to derail the global economic rebound as it is sparks widespread business bankruptcies and pushes the price of several supplies, including food, to sky-highs. It’s the first time in modern history that the entire planet is facing a severe shortage of workers. At this point, it is estimated that about 10 to 15 million people are still out of their jobs and facing long-term unemployment. Even though government benefits have expired at the beginning of this month, people are still not coming back to the labor force. At least not at the pace most economists were expecting.
One ominous aspect of this crisis is the impact it is having on global food supply chains. Recent reports describe that, in some countries, the shortage of workers is getting so serious that government officials are having to harvest crops themselves before they spoil and result in local food shortages and steep economic losses. In the U.S., meatpackers are trying to attract new employees by offering Apple Watches, and fast-food chains are offering sizable bonuses. But despite their efforts, staff levels are still incredibly low, and food prices are on the rise. Many can still clearly remember how chaotic it was last year’s unemployment crisis. At this stage, employers were expecting to see hordes of people desperate to find a new job. But even now that employees have options to choose from, it seems like they have simply disappeared from the workforce.
Today, food industry executives say that there aren’t enough people to grow, process, and transport our food, and this is threatening to push several small farmers and producers to the brink of financial ruin, while smaller food processing companies are on the verge of bankruptcy. In August, prices went up by 33 percent compared to the same time a year ago, according to an index compiled by the United Nations’ Food and Agriculture Organization. And they’re about to surge even more given that that agriculture is one of the world’s least-automated industries.
For many businesses, passing along those costs is a matter of survival – especially considering that they didn’t have a proper opportunity to financially recover from last year’s recession. This should be a matter of concern for everyone. This disruption affects every person, business, and industry, and it is only aggravating with each passing month.
To make things even worse, at a time millions of businesses are hanging by a thread, our health care system is completely overwhelmed and social tensions are rising in every corner of the country, the federal government decided to impose strict work restrictions on millions of workers who decided not to take the vaccine.
For several reasons, whether it’s a medical concern, a lack of trust in government measures, or a lack of confidence in the effectiveness of the vaccine, millions of Americans have chosen not to be vaccinated. And now the new administration may exacerbate the labor shortage as they enforce vaccine mandates to several workers. When these mandates are in full effect, we could see a national crisis of unimaginable proportions. One example of how dangerous these vaccination orders can be lies in the fact that law-enforcement officials reportedly rather be fired than comply with the mandates.
A local report outlines that, in San Diego, 65 percent of the city’s officers said they would consider quitting the force if the city were to impose a requirement. Moreover, an alarming 45 percent said they would rather be fired than comply with the mandate. The force currently has 1,971 members. According to the San Diego Union-Tribune, fifty percent of those officers are not vaccinated. If that half of the department were to be fired for non-compliance with the vaccine mandate, the city would inevitably collapse into chaos. The same is happening in the health care sector, where thousands of workers are quitting the workforce because they disagree with the government’s mandate.
And the timing couldn’t be worse, since the delta variant is fast spreading all across the nation. That’s why the new administration’s measures are not only ineffective but also harmful for our people and our economy. But still, no one seems to be concerned about the consequences this can have on our future. And what is happening in the U.S. is just a hint of what is going on all over the globe. We should all be prepared for even darker times because the near-term outlook is only getting grimmer and risker. 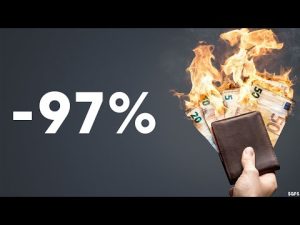 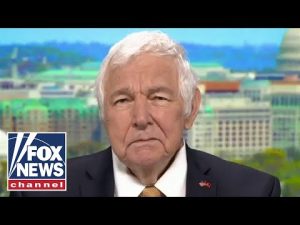