Economic Nightmare: Nearly 50 Percent Of All The Jobs Lost During 2020 Economic COLLAPSE!

As the first wave of the pandemic passed through the United States, we were told that the tens of millions of Americans who lost their jobs would make a speedy return to the workforce as soon as the health crisis calmed down. The government and experts alike assured the public that the lockdown measures were only temporary, and that the country would experience a speedy bounce back to normal in the form of a V-shaped recovery. But the economic collapse has proven to be far deeper than anyone anticipated, sinking the US into a deep recession that will drag on for months or even years to come.

Making matters worse is the fact that the original optimism surrounding the labor force has stalled. We now know that a significant portion of those who were hit with so-called temporary layoffs earlier this year are going to lose their previous positions for good. Considering that over 52 million Americans have filed new claims for unemployment benefits over the course of the last 18 weeks, the number of those that will suffer permanent job loss is quite steep.

According to the latest data, 1.416 million Americans filed new claims for unemployment benefits two weeks ago. Not only is this number higher than experts anticipated, but it also represents the first time the tally has increased week over week in more than three months. This shows that a dangerously high proportion of the public is still dependent on government stimulus to stay afloat.

A recent survey from The Associated Press-NORC Center for Public Affairs Research reported that as many as 47 percent of all currently unemployed Americans believe that their “job loss is likely to be permanent.” This is a sharp decline from the positivity of earlier months. Back in April, just 3 months ago, 78 percent of people said that their situation was only temporary.

All in all, approximately 10 million workers will be forced to search for a new employer when the health crisis is brought under control. Many will likely have to transition to entirely new sectors, as industries such as hospitality and restaurants have drastically scaled down their operations in the absence of consumer dollars. Furthermore, the hundreds of thousands of small businesses that have closed permanently in the wake of the economic collapse will also strip countless jobs from the market.

In fact, this recession has hammered small businesses harder than perhaps any other sector of the economy. According to Yelp, a staggering 71,500 businesses that had listings on their site have become tagged as permanently closed since the beginning of March. Moreover, the vast majority–80 percent–of independent restaurants are uncertain of their ability to stay afloat through the remainder of the pandemic.

These statistics make it painfully clear that we have found ourselves in the middle of the worst unemployment crisis the world has seen in nearly a century. Numbers haven’t climbed like this since the Great Depression of the late 1920s and 1930s.

The United States GDP for the second quarter is set to be released soon, and experts anticipate that the data will indicate how things have taken a turn for the worst.

The forecasts say that GDP will plunge 34.8 percent year over year, which marks the most dramatic collapse on record since the data began to be compiled back in the 1940s. This dismal drop is attributed to the lockdowns that kept Americans at home and businesses shuttered for several months in the second quarter of 2020.

Meanwhile, partisan politics and gridlock in Washington have prevented the passage of another stimulus bill that would supply urgently needed financial assistance for at-risk individuals.

If extended federal aid doesn’t appear soon, the Urban Institute and other organizations tracking financial insecurity in the United States have warned that the country’s poverty rate could skyrocket. Millions of Americans could sink below the poverty line if they do not receive additional government assistance.

The study paints a likely picture of what could unfold once Americans have used up their one-time $1200 stimulus checks and can no longer rely on the additional $600 in weekly federal unemployment benefits. In the last 5 months of this year alone, the national poverty rate could rise to near 12 percent. Prior to the health crisis, the projected annual rate was only 8.9 percent.

The very systems the US is based upon are crumbling beneath our feet, but the fallout won’t be immediate. As poor policies continue to exacerbate pre-existing issues and the pandemic keeps businesses closed and consumers worried, the economic toll will build and build.

Things will only be getting more difficult in the months ahead, so now is the time to set backup plans in motion.”

Covid-19: how many people have died? | The Economist

Joe Biden: If You Got Vaccinated, You’ve “Earned the Right” to Greet Others with a Smile 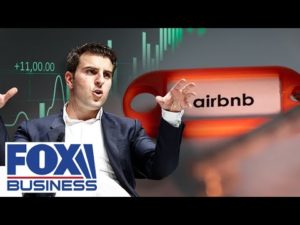 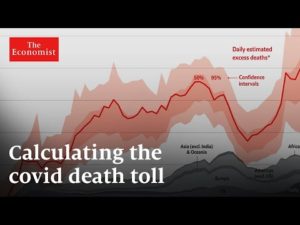 Covid-19: how many people have died? | The Economist 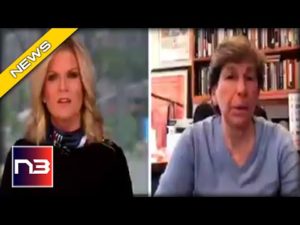