Few Americans can remember the last time our society was running smoothly. Today, we know we cannot rely on the ones we call leaders to support us when we need them. It feels like the good times have been gone for so long that most people are losing their memories of when this was a powerful, strong, and united nation. Now, things are going from bad to worse everywhere you look.
Our industries are collapsing; domestic production is dramatically slowing; we’re still in the middle of the worst and most complicated supply chain crisis in history; our markets are alarmingly unstable; people are being forced out of their jobs; the survival of hundreds of thousands of businesses is on the line; inflation is effectively downgrading our living standards; and turbulence and chaos are taking over the streets of our major urban areas. The perspectives for the future aren’t looking good. In fact, there were only a few other occasions throughout the history of our country where things looked this bad.
But our population is strong, resourceful, and resilient. And millions of us have already started taking steps towards having more independence from a system that is doomed to fail. In fact, we’re seeing a “historic burst in entrepreneurship and self-employment” as millions upon millions of people seek to create jobs for themselves. According to data released by the Census Bureau, a staggering 4.54 million new small businesses have applied for a federal tax identification number this year, an increase of 56% from the same period of 2019, and the largest number on records that date back to 2004.
More and more people are becoming entrepreneurs to have the right of controlling their own fate and finally add some separation from an establishment that preaches standardization and obedience. If you are considering taking such a leap, never forget that it’s key to find something that will add value to the lives of others, especially in times like these. In the coming weeks, we are going to see the worsening of some of the crises we’re already facing. Some new ones may emerge as well. But one looming threat we will have to face collectively is the global energy crisis that is going to push heating bills to soar amid what will probably be another freezing winter.
In fact, the global energy crisis is another factor that is inciting people to become more independent of the system. As the inflation surge ripples through the U.S. economy and affects thousands of products and services, many have already started to look for alternative sources of energy. And as energy resources become more scarce worldwide, we could see more devastating power shortages like we recently witnessed in China, India and Lebanon. That’s why many Americans have decided to take matters into their own hands, and turn to old school ways of getting things done.
Right now, demand for wood burning stoves is rapidly escalating. Of course, demand for firewood has also skyrocketed, and this is driving prices into uncharted territory. According to a recent Bloomberg report, in New River, Arizona, a cord of seasoned firewood with roughly 700 pieces is now selling for $200, a 33% jump from a year ago. In Albuquerque, the price is up 11% since the summer to $250. In in Stone Ridge, a bucolic, small town in the Hudson Valley that’s become popular with the Manhattan set, hardwoods now fetch $475 a cord, a 19% increase from last year.
However, estimates from U.S. Energy Information Administration suggest that only 1% households will be able to use firewood or wood pellets as their primary heating source this winter, and about 8% of the population may use wood as a secondary heating source, according to the EIA. This means that hundreds of millions of households will still be relying on other types of energy to heat up their homes this winter. In some cases, these families will be facing price spikes of up to 80%.
That’s why we always say that people should get prepared in advance because we never really know when difficulties like these will hit us, but once they do, the impact is truly ravaging. As our system continues to collapse all around us, we’re going to see more and more insanities happening, but we are going to keep facing them head high. The United States is literally starting to come apart at the seams, and many more unpleasant surprises will emerge along the way. So try to find ways to become independent from the system too, because, considering the way things are right now, you’re going to need this sooner or later.

We have to get to the bottom of this once and for all: Donalds

“The FBI needs to be disbanded”: Grant Stinchfield

Lara Trump: We’ve never found ourselves at a place like this

Tucker: Biden is now getting bashed by this trusted group 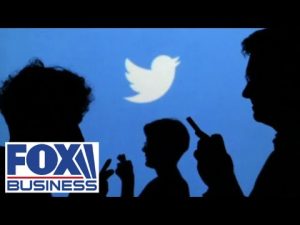 We have to get to the bottom of this once and for all: Donalds 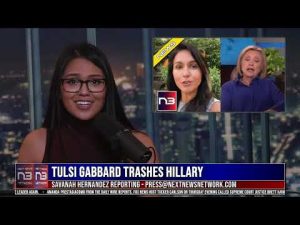 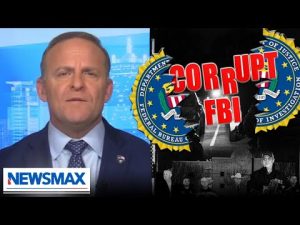 “The FBI needs to be disbanded”: Grant Stinchfield