Stocks are dropping like a rock in the global futures market as the world has suddenly started to freak out after a new virus strain, known as B.1.1529, was detected in South Africa. Scientists are alerting that it carries an “extremely high number” of mutations and is “completely very different” from previous variants, which can trigger further waves of disease by blocking the body’s defenses. According to the latest reports, so far 10 cases were confirmed in 3 different countries through genomic sequencing, and at least 100 more are suspected and await confirmation. Widespread panic is sweeping across several African and European countries as governments are already talking about new lockdowns, as the new strain “has sparked serious concern among some researchers because a number of the mutations may help the virus evade immunity,” the Guardian reported.
Scientists revealed that the new B.1.1.529 variant has 32 mutations in the spike protein, which is the part of the virus that most vaccines use to prepare the immune system against the disease. This means that mutations in the spike protein compromise our immune cells’ ability to actually attack the pathogen, decreasing our defenses and increasing the chance of complications, and becoming potentially lethal.
For now, while researchers are trying to figure out what the spike protein mutation cluster actually does, global markets are already in total chaos, as speculation that it will cause another global wave of infections continues to rise. That is to say when considering the available vaccines and the fact that B.1.1.529 may represent a completely new disease, most of the current shots may not work to prevent the disease given that the existing neutralizing antibodies won’t be able to fight a virus with so many mutations.
Sadly, this tragedy is happening at a very convenient time for politicians around the world, who will probably use people’s fear as a catalyst to enforce a new round of lockdowns and issue trillions more in government stimulus so that they can stay in power during the foreseeable future without a negative reaction from the public. That is already occurring to some extent in the U.K., where government officials announced plans to ban flights from South Africa and some neighboring countries, including Namibia, Lesotho, Eswatini, Zimbabwe, and Botswana. The travel restrictions will start being introduced today as a “precautionary measure to keep the spread of the new variant in check,” Health Secretary Sajid Javid said. As of Sunday, all of these African countries will be put on the U.K.’s red list, and all travelers coming from them will have to quarantine in hotels upon arrival.
However, as research showed during multiple occasions in the past, travel bans do very little to stop the variants from spreading. But one thing that they actually do is fuel the public’s frenzy over the new strain while politicians have more control over the narrative as they take advantage of the population’s growing uncertainty. American market watchers say that the U.S. stock market didn’t have enough time to react to the news just yet, but this could be the black swan event no one thought possible, leading to a bubble burst much sooner than expected. In essence, this heavily mutated variant that may cause another global tragedy and impact millions upon millions of lives is the scapegoat both central bankers and politicians have been desperately hoping for.
At the same time, if you think the global supply chain collapse was causing trouble, just wait until global travel bans, lockdowns and work restrictions start to be put in place again and you’ll see that conditions will get alarmingly worse. Keeping in mind that the population’s confidence in their governments has been collapsing in recent months, a global lockdown may restore the strength and the “savior” imagery of some political figures. It’s safe to say that they will use the opportunity to issue much more artificial money and pumped into the system. Only this time, they won’t be able to avert a crisis. They will be effectively sparking a burst of inflation that will make the current soaring prices look like Japan’s deflationary debt trap. Now more than ever, we can say that the worst is yet to come.

Tom Cotton: This is a result of Biden’s incompetence

Senator Tom Cotton Humiliates Schumer With His Own Words

US senators deliver tough message to Putin as crisis intensifies 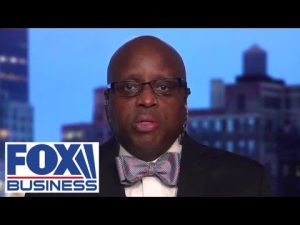 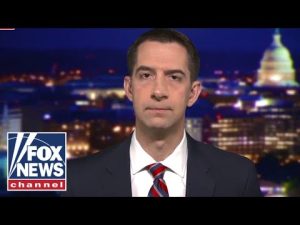 Tom Cotton: This is a result of Biden’s incompetence 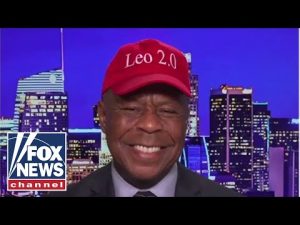