Get PIA VPN for less than $2 a month and 4 Extra Months for FREE, means only $1.98/Month and 83% off! https://privateinternetaccess.com/EpicEconomist

Billions of dollars worth of holiday gifts and other goods ordered by US consumers are now stuck offshore, sitting on massive container ships, waiting for a slot to dock and finally unload at the ports of Los Angeles and Long Beach. Congestion has become so severe that much of the cargo arriving from Asia is being diverted to other ports in the country. But that has created an unprecedented traffic jam that no one seems able to solve and it also revealed some critical problems in the US supply chain.
What started as a shopping frenzy spurred by government stimulus checks, which fueled the growth of e-commerce amid stay-at-home mandates, has had persistent effects. Economists, retailers, and business owners are warning that the coming holiday season will be marked by widespread shortages, soaring prices, and millions of lost jobs unless the backlog gets cleared. Recently, the federal government introduced a series of new measures envisioning to ease the impacts of this ravaging crisis. But most industry executives say that the fines and penalties imposed by the White House have only aggravated the woes many companies were already facing. The shipping and supply chain crisis isn’t just hitting US importers. American farmers trying to ship their goods overseas before the perishables go bad are getting hard hit just as well.
That’s occurring because most ships arriving from Asia are either skipping smaller ports or immediately returning to the other side of the globe with hundreds of thousands of empty containers after spending several weeks waiting to unload, so that they can finally get back to Asia to load up on goods again. A new survey released by the Agriculture Transportation Coalition, which represents exporters, revealed that nearly 22% of agriculture exports are being lost due to transportation issues. Needless to say, those dismissed exports are already having a toll on the US economy, as farmers face a financial burden extremely difficult to recover from. Meanwhile, in the port of Los Angeles, at least 65,000 empty containers are on the docks, an increase of 18% from just a couple of weeks ago, said the port’s executive director, Gene Seroka.
For the longest time, the business of importing and exporting goods has had a very thin margin for error. Now, that margin is non-existent, but new disruptions erupt every day. Conditions are becoming so dire that due to the overflow at ports, containers are now being placed into residential streets. In California, Valerie Contreras, a board member of the Wilmington Neighborhood Council, told in an interview with Fox News that “the dangerous situation can’t continue”.
Recently, one car that was parked on the street has been completely crushed by a container. “This particular container of the driver pulled around the corner,” Contreras said. “It disconnected from his fifth wheel and fell completely and crushed this car.” Given that the season of typhoons, and heavy storms is just around the corner, more supply chain bottlenecks triggered by extreme weather are expected to occur by year’s end and intensify early in 2022. That’s why pretty much anyone working in the industry is warning that shortages are about to considerably worsen. “It’s not inconceivable to think in the future we will have to start rationing things,” one executive said.
The situation is getting so absurd that tourists are now traveling to US ports to witness the backlog of cargo ships amid the growing supply chain chaos. According to a Georgia travel executive, the massive backup of cargo ships outside the Savannah port has become a tourist attraction. Hundreds of people are coming to the area specifically to witness the worsening situation after reports of the port struggling with high volumes of containers, and dozens of vessels waiting to dock.
Even though this is quite bizarre, it’s understandable why this crisis is parking so much curiosity. We have never seen anything like this before. And, unfortunately, as conditions worsen, disruptions mount and extreme weather threatens to make the supply chain crisis spiral out of control, that means that what we’ve seen so far is just a hint of what is coming next. So don’t just sit and wait for the situation to get better, because that may take a long, long time. Get ready for the worse and stock up while you still can because things are getting very crazy very rapidly.

8 Reasons to Add Magnesium to Your Daily Routine

Biden delivers opening remarks at the virtual Summit for Democracy 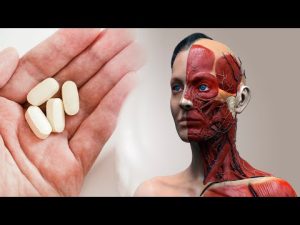 8 Reasons to Add Magnesium to Your Daily Routine 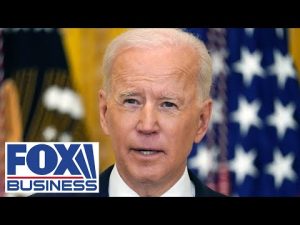 Biden delivers opening remarks at the virtual Summit for Democracy 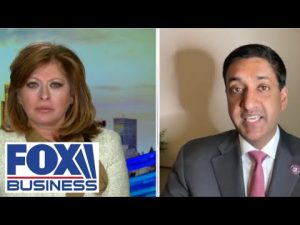