If you think the markets had a bad reaction to the prospects of new lockdowns and an economic slowdown, sending some stocks to crash over the past few days, you probably have no idea of the chaos that has been installed across global supply chains. For several months, conditions have significantly worsened, but many were expecting disruptions to calm down and operations to come back to normal after the winter. That hope has been successfully crushed by the emergence of a new virus strain with an alarming number of mutations.
Asian countries — the world’s biggest exporters, and our key trade partners — have already started to impose new work restrictions, port shutdowns, and factory closures to prevent this new variant from spreading. Some industry executives argue that we’re about to see a repeat of 2020, when mandatory shutdowns disrupted manufacturing and shipping and led to shortages on a scale we haven’t seen in almost a century. Just as economies started to reopen, they might have to close everything down again. Only this time, we will be locked at home already knowing that there are fewer products available for consumption and that we’re facing a painful inflation rate that is likely to cause even more pain as problems intensify over the coming months. Not a very reassuring outlook, that’s for sure.
If supply chains were struggling with worker shortages before, it is safe today these issues won’t get any better in the foreseeable future. Right now, hundreds of cargo ships remain stuck offshore waiting to be unloaded, while increasingly more store shelves get empty, prices skyrocket, and shipping companies are warning about further delivery delays.
The whole system is falling apart. Delivery delays have been a persistent problem throughout the health crisis, with government restrictions at border crossings slowing or completely interrupting the flow of raw materials and finished products, such as lumber and electronics. Now, China’s 7-week port closure mandate is only making everything worse. According to Bloomberg, in one of its latest attempts to keep the virus out, China is imposing seven-week mandatory isolation from arriving seafarers, prohibiting crew changes and suspending port operations during the confinement period. The new restrictions will have a ripple effect all over the world. But here, in America, where ports are extremely congested, loaded vessels are still piling up, and shortages are showing no signs of easing, this means companies and industries that rely on exports will have major troubles in the months ahead.
Given that industries across the globe have been struggling with shortages of labor, energy, raw materials, and surging transport costs, the emergence of a new variant is going to collapse production even further, and make it harder for companies to keep up with the growing consumer demand. Several companies are already on the edge. Although shoppers are ordering more, the cost to attend to the demand is almost bankrupting many businesses. Unfortunately, new research has shown that some confirmed cases of the new strain that were registered in Europe didn’t come from South Africa, where the variant was originally spotted. That means the new outbreak is already global, and it is only a matter of time until it hits America and leads to a new round of lockdowns, work restrictions, travel bans, port shutdowns, and factory closures.
Last week, a new Bank of America report on this year’s Q3 earnings, outlined that supply chain shortages were up 412 percent year-on-year. And with more and more disruptions emerging, the situation is expected to get much worse than previously thought. If you think shortages are bad right now, over the next few weeks this crisis is bound to hit extremely concerning levels. Sadly, those who haven’t listened to experts warning telling us this would happen are going to be terribly unprepared for the challenges that lie ahead. Exceedingly painful times are coming for us. We’ve effectively reached a point where there’s no return to normal anymore.

Congregation Beth Israel member: We were ‘waiting for rescue or something horrifying’

Supreme Court showdown over a public flagpole, a Christian flag and free speech 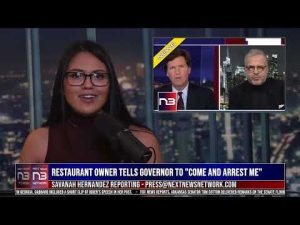 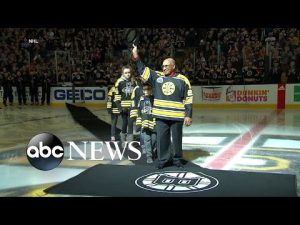 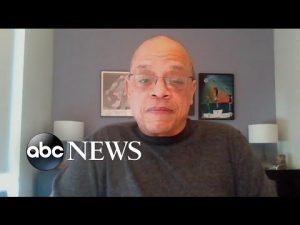